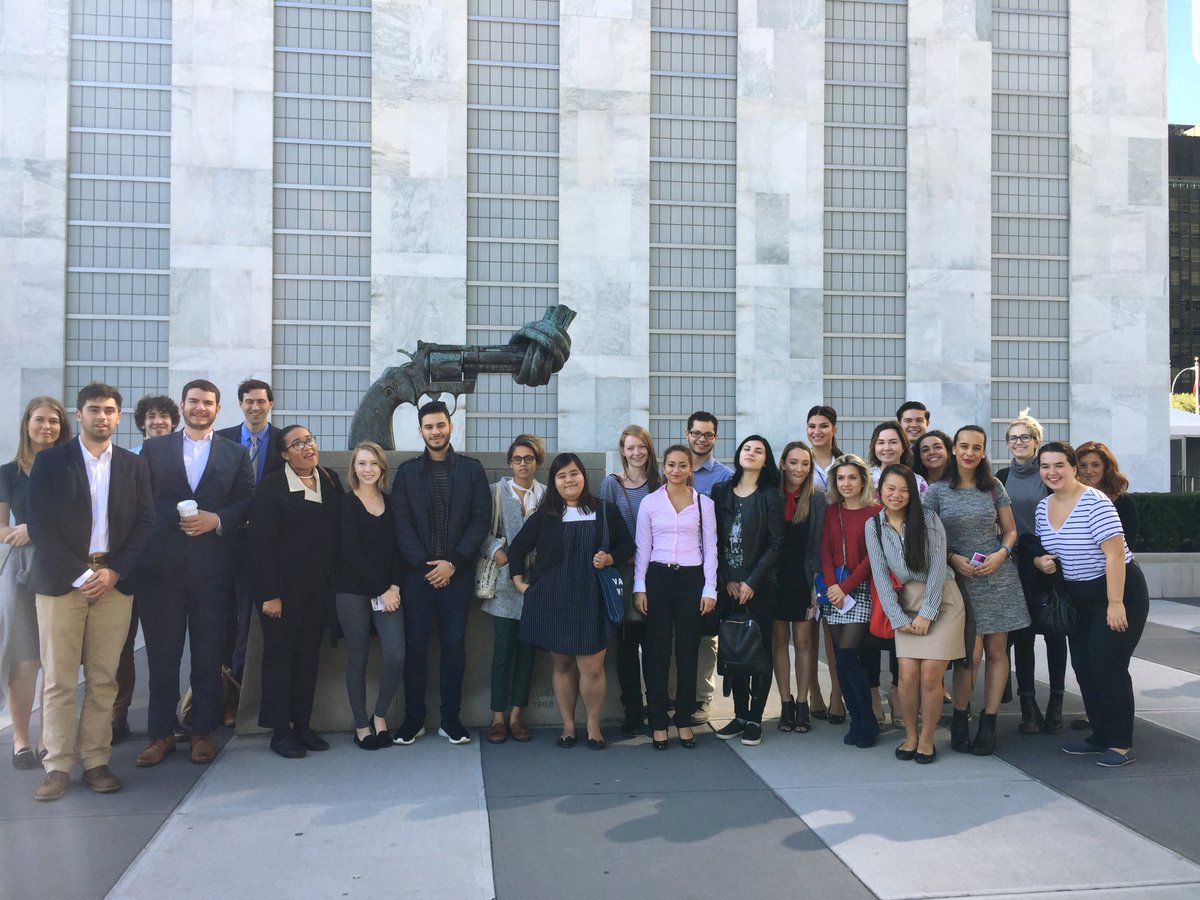 The Model UN program is very grateful for the service and leadership of its Head Delegates. Three of them — Susha Galimova, Matt Mainzer and Priya Sakaria — are graduating this May. We wish them luck for their upcoming endeavors! Nigina Khaitova will return for another year in 2017/2018, joined by three incoming Head Delegates: Joseph Colella ’19, Mary-Lynn Hearn ’19 and Megan Zubar ’20.

In 2016, Pace University, including its Model UN program, was featured in a report by then UN Secretary General Ban Ki-moon, recognizing its “growing role in disarmament education.” The Model UN students also received a tour of UN Headquarters  and briefing from the staff of the UN Office for Disarmament Affairs in the Fall 2016 semester. The Head Delegates attended specialized training on facilitating Model UN programs at the UN from UN4MUN and the World Federation of UN Associations.

Several past and present Model UN students were able to intern and volunteer with organizations working in and around UN headquarters in New York this year:

Numerous Model UN students have reflected on their experiences in Model UN in blog posts on this website. Here are a few highlights: The Model UN program also benefited from support from the New York City Political Science department, including the chair, Dr. Jessica Lavariega Monforti and Dr. Kiku Huckle, who accompanied the students to the NMUN DC and SCOTMUN conferences. The program would not be possible without the generous funding from Pace University’s Dyson College of Arts and Sciences.