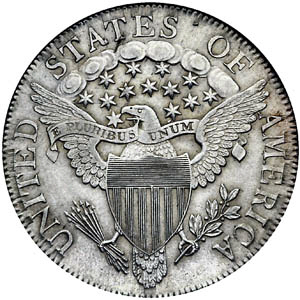 The morning after we had arrived in Washington DC for the 2016 National Model UN DC conference, our faculty adviser Dr. Bolton took a group of us to tour the United States Capitol. The tour started off in an theater, where the lights dimmed and a film on the history and function of the United States Congress began. The film featured the movement of bills through the various committees and bodies of Congress and described the varying interests of the states within the United States of America. It ended with a phrase that appears on the American dollar bill: E pluribus unum. The phrase is Latin and translates to “Out of many, one.”

This phrase is one of the hallmark principles sought by the Founders of the United States  in creating its government. It originally described the unity of a large body of states/colonies, but today it has been redefined to describe a grand body of diverse individuals coming together to form one nation. This phrase stayed with me throughout the remainder of the tour, as we visited and reflected within various chambers and rooms that had all been used for the purpose of bringing this principle to fruition.

After leaving the Capitol, and walking around the National Mall, I returned back to the hotel to begin the Model UN conference.  This was my second semester of participating in Model UN at Pace University and I was representing Zimbabwe in a simulation of the International Atomic Energy Agency (IAEA). The conference room was huge, filled with approximately 150 delegates, representing about a total of 120 different nations in the IAEA body. It was a startling contrast from my previous year’s assignment: The People’s Republic of China in the Security Council.

To put it briefly: It was a long conference.

There were literally hundreds of varying stances on the issue of nuclear security. They were voiced one by one in formal sessions and in more complexity in informal ones. The 15 minute sessions of quick 90-second speeches, the half-hours of informal caucusing, and the hours of painstakingly keeping tallies and records on the viewpoints of other states, slowly accumulated into two very long days of politics, analysis and compromise.

Time passed, and during the suspensions of the meetings, we would type away on our laptops, discussing conflicts of ideas and stances without our eyes leaving the screens. Let me tell you, Google Drive is an incredible tool.

This all built on our preparations for conference: weeks of research on our nation’s programs and policies, reading the position papers of other states within the committee, and a very enjoyable workshop in parliamentary procedure, debating civic engagement at Pace University.

There were times that it seemed that the merging of ideas was too big to manage, some ideas were not meant to be compromised, or that we wouldn’t edit our drafts into a presentable working paper. It seemed that there were too many voices to condense in the time that we had.

However, we passed numerous resolutions that day, including an eight-page titan of a three-paper-merger that passed by acclamation within the body (no votes against), a resolution that Zimbabwe had relentlessly worked on developing. We adjourned our committee session with a round of applause; we were relieved that we managed to pass our resolutions without too much conflict. I couldn’t help smiling – I definitely met at least one person who was going to accomplish great things in their career, judging by their leadership during the conference.

It was on the bus ride home, as I reflected on the conference, that I realized how this principle of e pluribus unum was practically universal in these democratic institutions. Our resolutions would not have become the IAEA’s resolutions if only a couple of nations participated in its creation and agreed on its stipulations. We needed the input and approval of so many voices to ensure that it was representing of a majority, if not all of the present interests. Without that it would have most likely not survived the voting procedure. This unity of ideas through debate, discussion and deliberation is a magnificent thing to experience.

Participating in Model UN for the Washington DC conference granted me that and much, much more: an incredible opportunity to witness the significance that this principle holds in democratic societies and government. For one who wishes to work in the political field, lessons like these are invaluable.